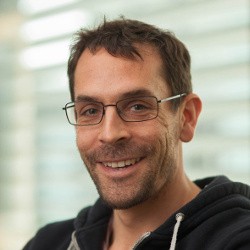 Dr. Sébastien Gros is guest professor at Chalmers University of Technology and full professor at the Norwegian University of Science and Technology. He conducts research on optimization and control of energy-related applications, smart grids and autonomous driving. At Chalmers he is currently involved in the university-funded project, Interdisciplinary Assessment of Airborne Wind Energy, which is a follow-up to the AWESCO project. He obtained his PhD in 2008 when working for the Automatic Control Laboratory of EPFL and did his post-doc with OPTICON/OPTEC at KU Leuven. He contributed a chapter on the modeling of airborne wind energy systems in natural coordinates to the Springer textbook Airborne Wind Energy published in 2013.