Airborne wind energy (AWE) is a wind power technology that harvests energy at high altitudes. The performance of AWE systems relative to traditional wind power turbines (WT) is of key relevance to any future commercialization. In particular, the power generation as well as its consistency over time will be key performance indicators. This study aims at identifying crucial factors that will influence the competitiveness of drag-mode AWE systems against WTs. To that end, the hourly power production of several drag-mode AWE designs is investigated using realistic wind data, and compared to the hourly power production of classical WTs. These results are then analyzed through three performance indicators: total annual power production, Gini coefficient, and correlation coefficient. The results show that AWE systems with multiple smaller wings have the highest annual production. The AWE power production of all AWE systems correlates in time at all sites with the production of WTs, and the Gini coefficients are similar. This observation challenges the belief that AWE systems will outcompete WTs thanks to a more consistent power output than WTs. However, the wing design as well as the local wind shear have a significant impact on the AWE performance. 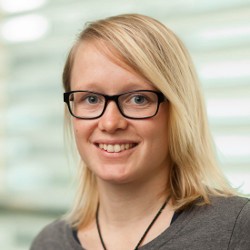