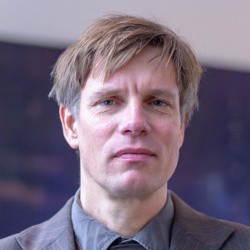 Dr. Roland Schmehl is head of the Airborne Wind Energy research group at Delft University of Technology. He is coordinator of the Marie Skłodowska-Curie Initial Training Network AWESCO and the “Fast Track to Innovation” project REACH, both funded by the European Union’s Horizon 2020 Framework Programme. In 2016 he cofounded the start-up company Kitepower together with Johannes Peschel, the current CEO of the company. His research interests are airborne wind energy in general and aeroelasticity of tethered membrane wings and fixed-wing aircraft in particular. He is a founding member of Airborne Wind Europe and chairs the Airborne Wind Energy Committee of the European Academy of Wind Energy (EAWE). He has edited two textbooks about airborne wind energy that were published with Springer in 2013 and 2018. He presented airborne wind energy at the TEDxDelft 2012. Before getting involved with airborne wind energy, he worked as software architect at TNO Automotive Safety Solutions BV, now a subsidiary of Siemens, developing a computational fluid dynamic solver for airbag deployment in crash simulations, and as post-doc and research engineer at the European Space Agency, investigating a startup anomaly of the Ariane 5 upper stage engine and assessing the explosion risk during reentry of the automated transfer vehicle (ATV).