We present a computational fluid dynamic analysis of boundary layer transition on leading edge inflatable kite airfoils used for airborne wind energy generation. Because of the operation in pumping cycles, the airfoil is generally subject to a wide range of Reynolds numbers. The analysis is based on the combination of the shear stress transport turbulence model with the $\gamma- m{\widetilde{R}e}_{\theta t}$ transition model, which can handle the laminar boundary layer and its transition to turbulence. The implementation of both models in OpenFOAM is described. We show a validation of the method for a sailwing (ie, a wing with a membrane) airfoil and an application to a leading edge inflatable kite airfoil. For the sailwing airfoil, the results computed with transition model agree well with the existing low Reynolds number experiment over the whole range of angles of attack. For the leading edge inflatable kite airfoil, the transition modeling has both favorable and unfavorable effects on the aerodynamics. On the one hand, the aerodynamics suffer from the laminar separation. But, on the other hand, the laminar boundary layer thickens slower than the turbulent counterpart, which, in combination with transition, delays the separation. The results also indicate that the aerodynamics of the kite airfoil could be improved by delaying the boundary layer transition during the traction phase and tripping the transition in the retraction phase. 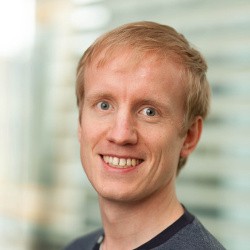 Interested in computational fluid dynamics and particularly in fluid-structure interaction.