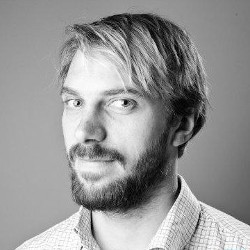 Johannes Peschel is CEO of the startup company Kitepower, which he founded together with Dr. Roland Schmehl in 2016. The company commercially develops a 100 kW airborne wind energy system based on the technology platform that Delft University of Technology was developing and testing since 2010. He is a founding member of Airborne Wind Europe. From September 2014 until July 2015 he was part of the Kitepower 2.0 project of Delft University of Technology, which eventually led to the EU Horizon 2020 “Fast Track to Innovation” project REACH. Kitepower is a partner organization in the AWESCO network, providing opportunities for secondments to the PhD researchers. To finalize his masters studies he joined the Airborne Wind Energy Research Group of Delft University of Technology in 2012, pursuing a graduation project on a cost effective kite state estimator for reliable control of kites. The resulting work was published as part of chapter 23 of the Springer textbook Airborne Wind Energy published in 2013.