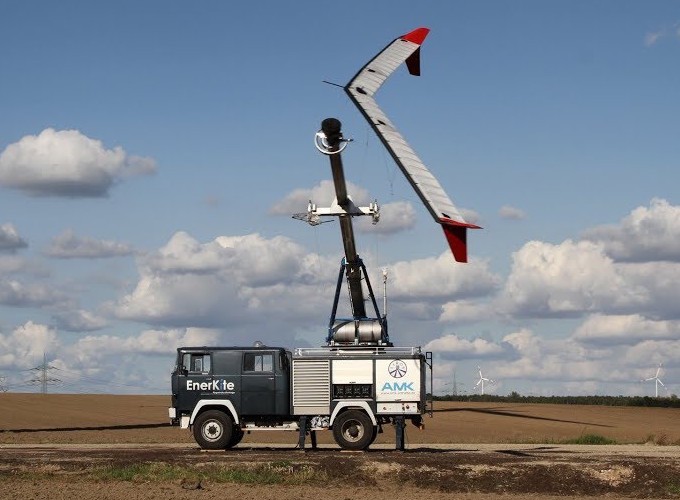 The Berlin-based enterprise Enerkíte has developed a unique technology demonstrator, the EK30, which uses a ram-air wing controlled by three individual tethers deployed from a ground station. Key design drivers for this demonstrator have been the capability to operate at very low wind speeds while maintaining high safety standards. Both has been achieved by positioning the heavy and rigid control hardware at the ground and thus minimising the weight of airborne system components. Mounted on top of a decomissioned firetruck, the EK30 has been used extensively over the past years at events in Europe to present the innovative technology to the public, to officials of the government and to potential investors. The EK30 was used from 28 November to 1 December 2014 to demonstrate continuous autonomous operation of a pumping kite power system.

Building on the flexible-wing demonstrator technology, Enerkíte is currently devising a rigid-wing system, the EK200, which forms the basis of a commercial development line. At a rated power of 100 kW the EK200 will have a significantly increased life-time and energy output per wing surface area. The system will be equipped with a launching mast and will achieve electricity generation costs between 7 and 12 ct/kWh. 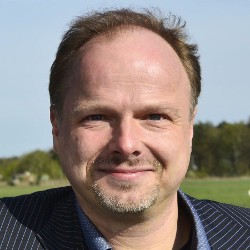